The compensation amount shall be computed on the total money paid towards the purchase of the respective flats/apartments with effect from the date of expiry of thirty-six months from the execution of the respective flat purchase agreements until the date of the offer of possession after the receipt of the occupation certificate, Supreme Court said.

The Supreme Court of India on  Monday 24th August-2020  held that the apartment buyers are entitled to compensation for “delayed handing over of possession” and for the failure of the real estate developer to fulfill their promises with regard to amenities. The top court set aside the verdict of the National Consumer Disputes Redressal Commission (NCDRC) which, on July 2, 2019, had dismissed the complaints of 339 flat buyers by holding that they were not entitled to the compensation in excess of what was stipulated in their flat purchase agreements for delayed possession and the lack of assured amenities.

The purchasers had booked residential flats with DLF Southern Homes Pvt Ltd, now known as Begur OMR Homes Private Limited, in a project called Westend Heights at New Town, DLF, BTM Extension at Begu, Bengaluru. The project was being developed in an area admeasuring 27.5 acres and was to consist of 1980 units, spread across nineteen towers each consisting of stilt and eighteen floors.

ALSO READ: How To Know, Market Value Of Property Yourself

They had moved the NCDRC seeking compensation on account of delay in handing over possession of the flats, reimbursement of taxes and interest charged to the flat purchasers under the agreement, deficiency in providing amenities, levy of electricity charges by the developer, and failure to construct the clubhouse.

“We have come to the conclusion that the dismissal of the complaint by the NCDRC was erroneous. The flat buyers are entitled to compensation for delayed handing over of possession and for the failure of the developer to fulfill the representations made to flat buyers in regard to the provision of amenities.

“The reasoning of the NCDRC on these facets suffers from a clear perversity and patent errors of law which have been noticed in the earlier part of this judgment. Allowing the appeals in part, we set aside the impugned judgment and order of the NCDRC dated July 2, 2019, dismissing the consumer complaint,” a bench of Justices D Y Chandrachud and K M Joseph said in its 53-page judgment. The bench said the flat owners are entitled to the compensation in excess of the amount stipulated in their agreements with the developers.

“Save and except for eleven appellants who entered into specific settlements with the real estate developer and three appellants who have sold their right, title and interest under the BBA (Builder Buyer Agreement), the first and second respondents (developers) shall, as a measure of compensation, pay an amount calculated at the rate of 6% simple interest per annum to each of the appellants,” it said.

The compensation amount shall be in addition to the money which has been paid over or credited by the developer at the rate of Rs 5 per square foot per month at the time of the drawing of final accounts, it said. The Supreme Court asked builders to pay the compensation within a period of one month from the date of this judgment and cautioned that failure in making payment, shall carry interest at the rate of 9% per annum until paid.

The plea was filed by Wing Commander Arifur Rahman Khan and others against the order of the NCDRC dismissing their consumer complaints. The purchasers had said after booking their flats, they were informed in January 2011 that possession of the apartments was expected to be completed by the middle of 2012.

ALSO READ: How To Negotiate When Buying a Resale Apartment

“This assurance was not fulfilled. By a communication dated 18 June 2013, the developers issued a revised timeline intimating all flat buyers that the delivery of possession would commence from October 2013. However, on 8 August 2013, another communication was issued stating that the real estate industry was affected by an economic slowdown that had hampered the pace of construction. The date for handing over possession was extended to June 2014,” the judgment said, noting the grievances of purchasers. 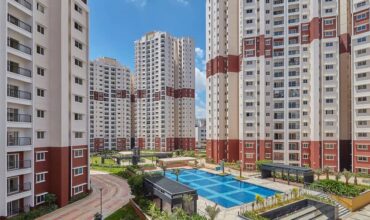 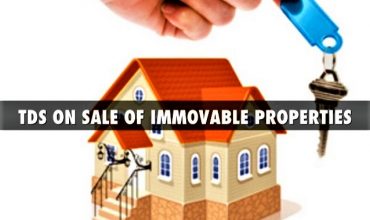 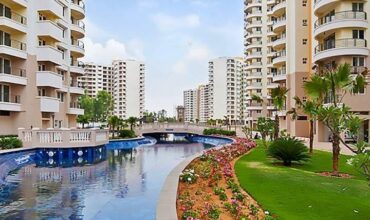