Real Estate Regulation (and Development) Act, 2016, or RERA was introduced by the Indian National Congress in 2013. The full form of RERA is the Real Estate Regulatory Authority that aims at the protection of home purchasers and sellers and boosting the real estate investments. On March 10, 2016, the bill of this Parliament of India Act was passed by the Rajya Sabha (Upper House). RERA is a progressive Act in the Indian real estate sector. It was effective from May 1, 2016. It contains various pro-buyer provisions and the establishment of regulatory authority for the settlement of grievances. The Act was expected to increase investor confidence in housing projects leading to increased home purchases.

Rules of RERA Rules
The RERA ( Real Estate Regulation and Development Act), 2016 under Section 84 proposed that the State Governments will set the rules to carry out the provisions associated with the Act within a period of six months from its date of commencement.

Through Housing and Urban Poverty Alleviation (HUPA) Ministery, the center released the general rules of the RERA Act, 2016 on October 31, 2016. All these rules apply to the Union Territories like Andaman & Nicobar Islands, Chandigarh, Daman and Diu, National Capital Territory of Delhi, Dadra & Nagar Haveli and Lakshadweep.

These were the points covered under Real Estate Regulation and Development (RERA) Act, 2016
1. Authorization: Under the RERA Act, a regulator cannot build, invest, sell, advertise, or book a plot without registration. All the advertisements for investments should bear a unique project-wise registration number after the registration provided by the RERA.
2. Security: A minimum amount of 70% of the money of investors and buyers is to be kept in a separate account. Builders are then allotted this money only for land-related costs and constructions. Before the sale agreement is signed, the builders and developers cannot take more than 10% of the cost of the property as an advance payment.
3. Quality: Any issue faced by the builder must be rectified within 5 years of purchase. Within 30 days of the complaint, the issue must be rectified.
4. Fairness: Developers have been instructed by RERA that they are supposed to sell properties based on the carpet area instead of the super built-up area. Buyers are entitled to get the entire invested money in the case of delayed projects or they can also choose to be invested and receive investments every month on their money.
5. Transparency: Without the consent of the buyer, builders cannot make any changes to the plans of the project. They are also supposed to submit original documents only for all the undertaken projects.

The RERA Act (Real Estate Regulation and Development Act), 2016 is all-encompassing and aims to make the real estate sector a fairground for all stakeholders including agents, buyers, developers, and promoters. However, despite being a well-drafted Act, there are many loopholes in RERA that have to be addressed on a priority basis. Some of the shortcomings in RERA Act are as follows:

ALSO READ: How To Know, Market Value of Property Yourself

1. There are no rules for approval of delayed projects
RERA Act puts emphasis only on imposing penalties on developers for untimely deliveries of projects. Whereas, vast majorities of the delay in the implementation of projects happen during the procedure of obtaining clearances and approvals from different authorities. Presently, there are about 50 irregular approvals that builders and developers need to acquire before initiating a project. The approximate time for obtaining all the approvals requires 1-2 years. For the delays, the RERA Act does not make the government agencies accountable but places the entire responsibility on developers. It has the absence of a strict policy to force authorities to fasten the procedure of granting approvals and meet timelines. Hence, such an exemption should be added under the appropriate provision.

2. Absence of strict deadlines
Regarding the deadlines to draft RERA rules and regulations, the central government has been completely lenient with the state government for the compliance of the center’s regulations. Almost all the states have diluted certain rules of all the 14 states that have met the deadline. This resulted in the defeat of the purpose of strengthening the real estate industry.

ALSO READ: How to Register a Property, Step by Step

ALSO READ: How To Know, Market Value of Property, Yourself

4. Partiality
It will be difficult for the builders to sell units on the basis of carpet area for buildings that are currently under construction. In some places, the units have already been sold under the super built-up area that has caused several conflicts. Therefore, for the settlement of the conflicts, there is a need for a few exemptions to this effect. Moreover, the term ‘net usable floor area’ needs to be defined in the Act for further clarity.

5. Lack of clarity over the state-specific content
Certain provisions of various states are lacking clarity in the RERA drafts. Few states have failed to provide the fee submitted for the real estate agents’ registration and the detailed information of the paperwork. States like Karnataka, Uttar Pradesh, Tamil Nadu, Haryana, Gujarat, and Dehli framed rules that do not specify the content and form of audit certificates that are to be issued by the charted accountants, architects, and engineers. This results in the duplication of roles and overlapping of activities of different stakeholders that lead to inconsistent verdicts.

6. Manipulation and Black money
The compulsion of depositing 70 percent of project money of the investors and buyers in an escrow account can be manipulated. The requirement of certification by a chartered accountant, an engineer, and an architect before the withdrawal of any amount is not effective since they are all paid by developers and builders and are likely to make reports in favor of the builders. Hence, there can be manipulation even with security rules. Further, the RERA Act also fails to address the issue of the investment of black money in the real estate business.

8. Long Possession Timeline
Before RERA, developers had to give possession within 36 months from the sanction of the map by the competent authority, but after RERA comes in force, the developer can take a long timeline for completion/possession, such as 5-7-10-12 and more years. Which is a big drawback of RERA.

RERA Act is a constructive change in the real estate industry by increasing the accountability of the builders but the Act cannot be executed effectively until the inherent loopholes of the law are plugged immediately. To conclude, many procedures and branches will have to be updated along with the up-gradation of land records and framework. Conflicts may arise due to the interest of politicians who have a major stake in the real estate industry which might be a major roadblock. Any type of shortcomings in real estate laws can also disturb the market competition in the real estate sector that will affect the customers and economic growth rate of the nation.

ALSO READ: How To Double Your Money within 3 to 6 Years

How To Know, Market Value Of Property, Yourself 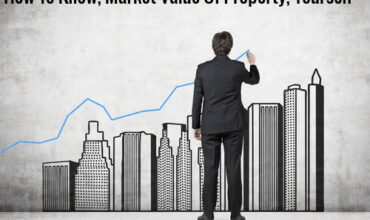 What Is Property Tax, And How To Deposit? 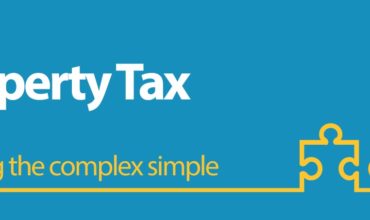 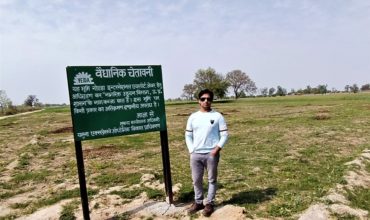