The real estate industry in India is full of turmoil and fluctuations. Everyday prizes rise and fall, this is the main reason why various steps and initiatives are taken by the government now and then, in order to establish a smooth pace in the industry. One such step is the Jewar International Airport project (Greenfield International Airport). According to experts, the construction would enhance the pace of ongoing commercial projects in the Delhi NCR area and would certainly give competition to the Gurgaon sector.

The ease in transportation fostered due to this airport would definitely allow MNCs and other investors to make their investments in the region and enhance its commercial activities. While it supports the investment criterion for various investors, it also supports the achievement area, as, after construction, it is expected to be one of the enormous airports in the country. Many experts have called it a game-changer, as it will potentially boost the real estate market. And the areas it will cover are not just the Greater Noida, but the areas elongated with Greater Noida towards Yamuna Expressway. Since quite a time, these areas have been left inactive, although, with this airport, the demand seems to grow at a higher rate.

This huge airport will be having 6 major runways that make it the largest airport in the country. In comparison to the present largest three-runway Indian airport- Indira Gandhi International Airport, this one will set records. The Jewar airport operations are divided into 4 phases, and in the first phase, only 2 runways will be functional, which is expected to complete by 2023. In the last and 4th phase, the airport will be functional on all 6 runways. The 4th phase is expected to get completed in the upcoming 40 years.

The Jewar Airport Project
The JIP (Jewar International Airport), more prevalently called as Noida Airport is an aviation project established in the Jewar region that stretches from Noida at 56 km in UP’s Gautam Budh Nagar district. The Uttar Pradesh State Government has assigned this project to be implemented by the Yamuna Expressway Industrial Development Authority (YEIDA).

The model selected for the airport is a public-private partnership model. The present plan as proposed is set to construct an airport with two runways and later extend it to 6 runways. As per projections made, the airport is expected to confront 5 million passengers in a year at the initial stage and this number can go as high as 60 million in the later decades, following the expansion. As of now, Jewar Airport will be spread across an area of 5000 hectare and total construction would cost about 29, 560 crores. The distances would be around 40 km away from Noida, Ghaziabad and Faridabad, 72 km away from Indira Gandhi International airport,  65 km away from Gurugram, 28 km away from Greater Noida, and 130 km away from  Agra.

ALSO READ: How to Double Your Money by Investing in Commercial Real Estate

Impact of Jewar Airport Project
As per the record of public infrastructure projects in India, this one seems to positively impact the real estate market in Delhi NCR and other adjacent areas. Many analysts of the industry agree that such a major investment project which is backed by strong government authorized budgets would certainly enhance the demand in the region. Also, they say, it would firmly establish the reputation of the property market in Noida, Delhi NCR and other following areas like Yamuna Expressway.

Apart from increased real-estate market functions, the Jewar Airport project will further enhance the jobs as commercial activities will be once again on speed. The existing residential projects will also get a boost as there are possible chances of reviving the commercial & residential real estate market. Once the project sets its operations, there will be an increase in the connectivity requirements, which is why possibly more infrastructure projects would be established in the area.

This will help the existing real-estate businesses to enhance their market and grow more revenue, especially in the region of Delhi NCR and Noida. Along with jobs and the real-estate sector, the development of this airport will also impact the export-import and manufacturing industry. The travel and tourism industry will be also impacted with the advent of this airport, as its in the vicinity of hot travel spots like Delhi and Agra. One of the very important benefits would be that this airport will share the load of Indira Gandhi International airport and will certainly improve the efficiency of the aviation sector in India.

Future Prospects of Jewar Airport On The Real-estate
Following the steps of Indira Gandhi International Airport, the Jewar Airport will also have an Aerocity. The prospects of Jewar airport includes the establishment of a connection with the Eastern Peripheral Expressway. This would help in joining the airport to areas like Palwal and Kundli in Haryana bypassing Delhi. The region will supposedly become lively and functional through the operations of this airport. Following the advent of tourists, the expected investment will likely grow in hotels and other infrastructure facilities which would drive the interest of residential and commercial property buyers in the market.

As per the various analysts and experts, the overall real estate market will get an increased demand from both residential and commercial investors, as more offices and commercial spaces would be required. Even the estimates and projections show the comparable affordability provided to rentals spaces for offices in Noida. This would help the users to tap the potential of Delhi NCR by paying less in comparison to Delhi and Gurgaon. As the effects of the airport will be seen in a period of some time, the rates would not hike in a day. At the initial stage, the prizes would rise to a maximum of 2 to 5 percent, that too at a gradual pace. As soon as the commercial real estate market will grow, the Multinationals will drive their investments in the region.

Despite the projections and derived results, the project still remains a matter of concern, until the construction begins and progress is observed. As soon as the practical things are observed, the investors and developers would find the opportunities to encash their investments made on the surrounding areas. In terms of real estate, until the sale of existing projects does not complete, there is a pause on newer projects, in the area of Delhi NCR. Despite all this, the Jewar International airport is expected to revive the real estate as well as other commercial markets of the region. 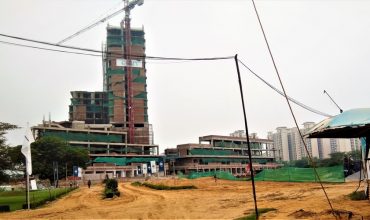 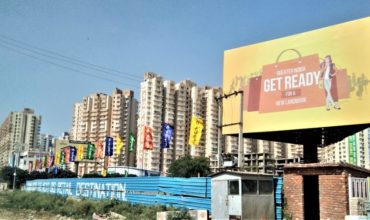 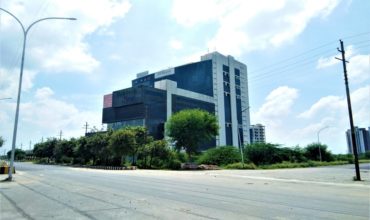